Statistics show that the demand for moving services is projected to hit a record high in 2021. Besides, the data shows that the demand will continue increasing in the next four years, in the $18 billion moving industry. According to experts from IBISWorld, the moving business projects an annual growth rate of 3% between 2021 and 2025.

The most fascinating thing is, the moving industry has shown a lot of resilience as other businesses were seriously hit by the COVID-19 pandemic. Businesses in the industry have thrived throughout this season when we’ve had businesses and government organizations shutdowns across the globe.

These statistics answer your question of whether a moving business is profitable The main reason why the majority of moving businesses succeed is the increased demand for their services. Data shows that around 13 million people moved to the U.S. alone in 2019. This is only 9.8% of the country’s population. Besides, the data revealed that an average American moves around 11 times in their lifetime.

Statistics released by the American Moving & Storage Association (AMSA) show that the moving industry in the United States employs over 180,000 people, with an additional 295,300+ people in supplier and services needed before and after moving. Besides, the moving industry, alongside its suppliers makes around $85.7 billion in revenue every year.

Now, when you consider that the average cost of moving in-state is $980, and that local moving companies charge at least $25/hr. It’s easy to understand why moving businesses are so profitable.

Also Read: Cryptocurrencies to be accepted by various businesses as a source of payment

Generally, moving companies generate their revenue for the services that they offer. Small-scale movers are companies with smaller moving trucks and fewer crew members. However, these companies get more job opportunities compared to bigger movers. The main reason behind this is that most people tend to move small appliances and pieces of furniture—and that’s why they require the services of such moving companies.

Larger moving companies, on the other hand, make high profits because they have multiple, large moving trucks, which are well equipped, as well as a larger number of moving crew. Therefore, these companies get numerous job opportunities from people moving homes, as well as commercial moves. Besides, some people prefer these movers because they have the needed tools to get the job done safely and efficiently.

Here are the 4 main ways in which moving companies make their money.

Also known as intrastate moves, these moves don’t cross the state lines. Most moving companies charge by the hour for these moves, and they have minimum hour requirements. So, for instance, if your move takes 3 hours, the movers might have a 5-hour minimum requirement. Therefore, you will pay for 5 hours, when only the movers required 3 hours to get the job done. Typically, the cost for local moves is in the hundreds, but they can even reach thousands for larger moves.

For instance, if you live close to the state borderline, and you are moving a few miles to the next state, that will still be considered as an interstate move. However, this move will be cheaper compared since the distance will be shorter.

Professional moving companies like http://www.torexmoving.ca/ also offer packaging services. This is very common for people with fragile items, and those moving interstate. Because these items will be traveling for a longer distance, most people prefer having a moving company pack the items to reduce the risk of damage. In addition to packaging, professional movers provide packaging supplies at an extra cost. Some of these supplies include plastic bins, bubble wrap, cardboard boxes, and packaging paper, among other supplies required for the move.

Also Read: Hassle-Free Marketing trends that Need to Stay Ahead of The Curve

Now, since we’ve seen that moving business is profitable, here are the final thoughts to help you run a profitable moving business. First, you should avoid concentrating on the profits but put all your efforts towards the benefit of the business. This helps to build loyalty and goodwill among your customers. Clients will seek your services to get benefits, not to give you a profit. So, you should build your own business culture to run a successful moving company. 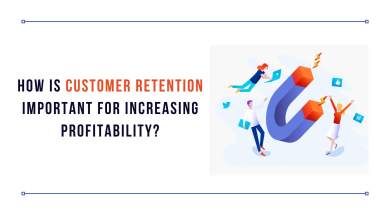 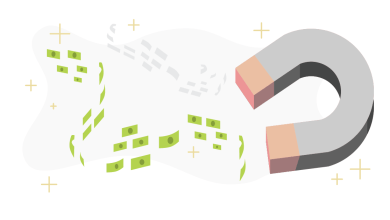